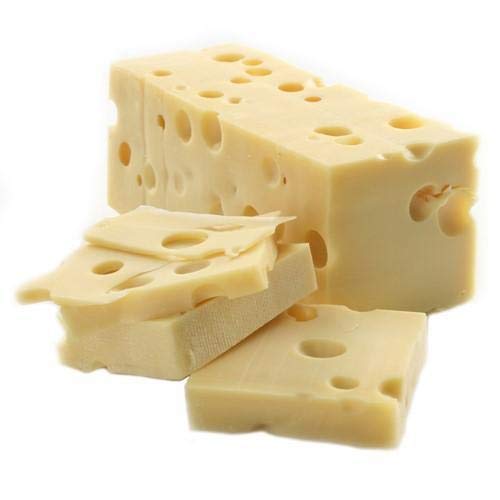 Most people assume the only real Emmental (more commonly referred to as "Swiss Cheese") comes from Switzerland. Our French Emmental, however, proves to be every bit as worthy of the name. It comes from the heart of the French Alps near the chic ski resort of Chamonix. The freshest water in the world rushes down this region's high mountains, through deep valleys and abundant rivers and feeds the French dairy farms that produce Emmental's milk. Frantal Emmental is ripened to perfection in the traditional 180 pound wheels. They are turned weekly in the ripening chambers for a minimum of two months. It has a somewhat sweet, buttery taste that is slightly reminiscent of fresh nuts and has many round walnut-sized holes evenly distributed throughout. A result of a complex and difficult cheesemaking process, Frantal Emmental is worth the effort. Taste the difference!
Add to Wish List Compare this Product