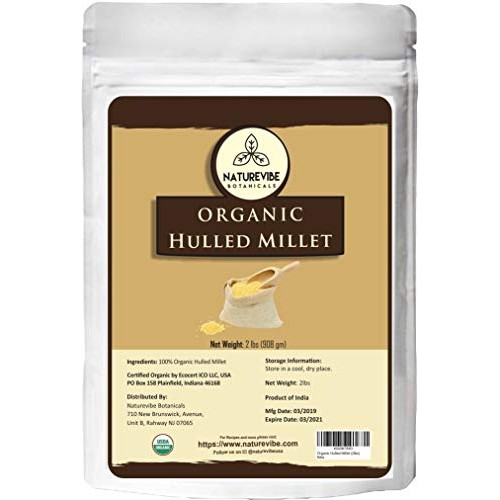 ►Millet is a group of small-seeded grasses, which is cultivated throughout the world, for human consumption. It is mainly grown in developing countries, but its ability to grow in relatively harsh, arid, and dry environments makes it a highly versatile crop.

►Although there are different varieties of millet grown around the world, the most common cultivar is Pennisetum glaucum, also known as pearl millet. In terms of history, millet likely originated in Africa but then spread throughout Asia and the Middle East roughly 10,000 years ago.

►India cultivates over 8 million tons of these grains every year, followed by Africa and China. Millet can be used as a traditional cereal, and can also be used in porridge, snacks, and other types of bread. Millet is a good source of carbohydrates and fiber, like other grains.

►It is also a good source of nutrients, vitamins, minerals, and organic compounds that can boost human health in various ways.

►Millet is important because of its uniquely high content of nutrients. Furthermore, there are high levels of dietary fiber, which contribute even more to the health benefits of this important grain!

$10.31
Add to Cart
Add to Wish List
Compare this Product

$15.26
Add to Cart
Add to Wish List
Compare this Product