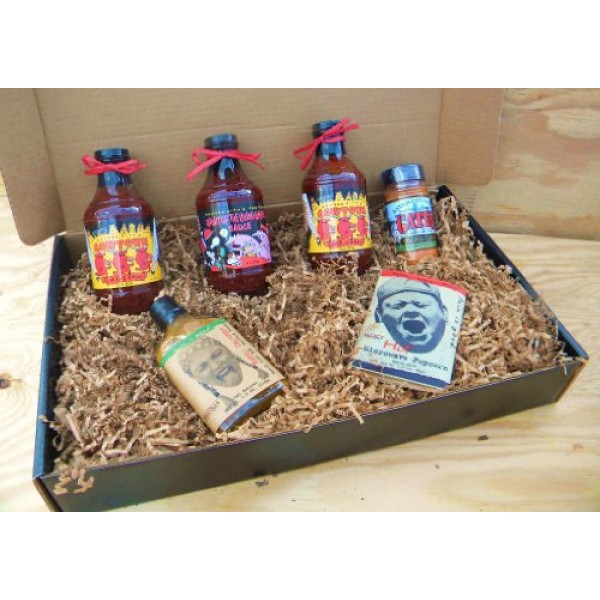 Deluxe Gourmet Box Set featuring the world's best BBQ sauce by Oklahoma Joe's. Includes both flavors - 2 bottles of original Cowtown, and 1 bottle of Hot & Spicy. Oklahoma Joes has swept BBQ competitions worldwide, and won "Best in the World" at American Royal (they are no longer allowed to compete - instead, they now judge and co-sponsor the World Series of BBQ). Oklahoma Joes was recently named one of the "13 Places to Eat Before You Die" by Anthony Bourdain, author and host of No Reservations on the Travel Channel. Box set also includes two "Pain is Good" products, which are also made by the owners of Oklahoma Joe's BBQ Sauce. Finally, set includes a bottle of award-winning seasoning rub by world famous Gates BBQ, another Kansas City favorite. These are some of our most requested items - a great gift idea, as they are not available in stores.
Add to Wish List Compare this Product