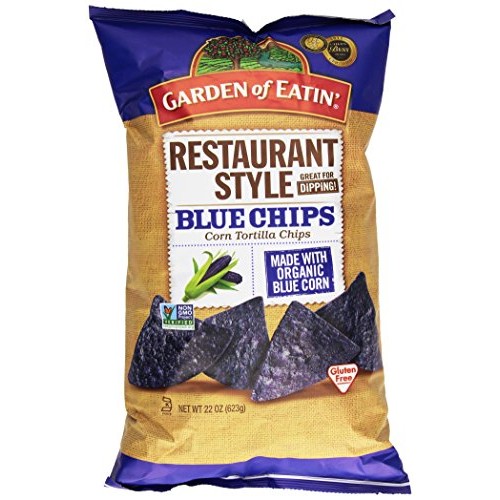 Enjoy a Cornucopia of Organic Treats - Garden of Eatin' was founded almost 35 years ago by Al Jacobson, a visionary who was always several steps ahead of his contemporaries. He first toyed with the idea of becoming a vegetarian in the early 1900s when as a toddler living on a farm in Pennsylvania, he discovered the family ate his favorite playmate, the chicken! Fast forward to the 1940s when he dabbled in yoga, metaphysics and became a traveling product demonstrator for Hain Pure Foods, an organic company on the West Coast. In the early 1970s, Al let his spiritual side guide him to start his own health food company – Garden of Eatin’ with the launch of Bible Bread, organic whole wheat pita. Then in 1986, after he followed his natural health instincts and purchased tons of organic blue corn, Al decided to produce Blue Corn Chips. In keeping with his unorthodox approach, the chips were launched at a major fancy foods show and they took off! Since then, Garden of Eatin’ has introduced over 20 varieties of all natural tortilla chips, each of them true to Al’s inspiring outlook on life and healthy snacks.
Add to Wish List Compare this Product