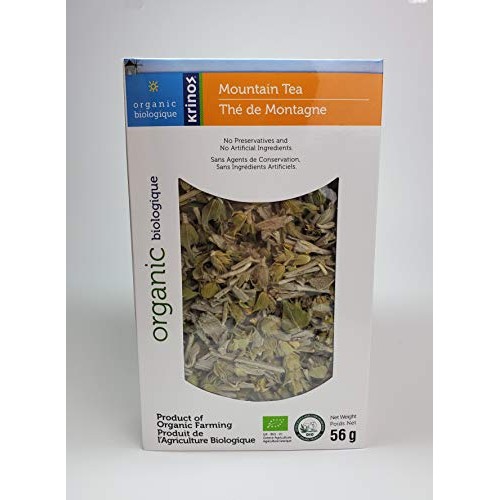 Made up of over 400 islands, Greece (Hellas), officially known as the Hellenic Republic, lies at the southeastern tip of Europe, surrounded by the Aegean sea to the East, The Mediterranean is to the South and the Ionian Sea is to the West. On our last trip, one delightful concoction kept us going while on long hikes and treks- Mountain Tea (Sideritis or Ironwort). According to local lore, it also helped stave off illness.

This tea contains essential oils including over sixty constituents which have only recently been isolated. Its many health benefits include an aid for digestion and fighting colds. The locals swear by these properties and have been drinking it as long as they can remember!

Collecting herbs for this unique tea is a true labor of love. Growing wild in rock crevices of hard limestone, these herbs thrive at altitudes exceeding 1000 meters. Villagers must hike the mountains, fully exposed to the intense Greek sun.

Wild Mountain Tea has a beautiful, rich color and exotic aroma, full of the natural delights found in this special part of the world. One taste is enough to have us reminiscing about the Greek countryside- particularly those spectacular mountains.

We've found a little goes a long way. Simply place a small handful of mountain leaves in a pot of water and boil approximately 5 minutes. Leaves can be reused. Traditionally this tea is served with a little honey and although sugar can be substituted, we agree, honey complements it a little better.

Greek Mountain TeaAlso known as Sideritis or Ironwort, this ancient herb is used as a therapeutic an..

$10.49
Add to Cart
Add to Wish List
Compare this Product

Petit-Beurre BiscuitsButter cookies perfect for having tea or coffee. Try some today! Ingredients ..

$8.99
Add to Cart
Add to Wish List
Compare this Product